Life is a Twisted Cabaret 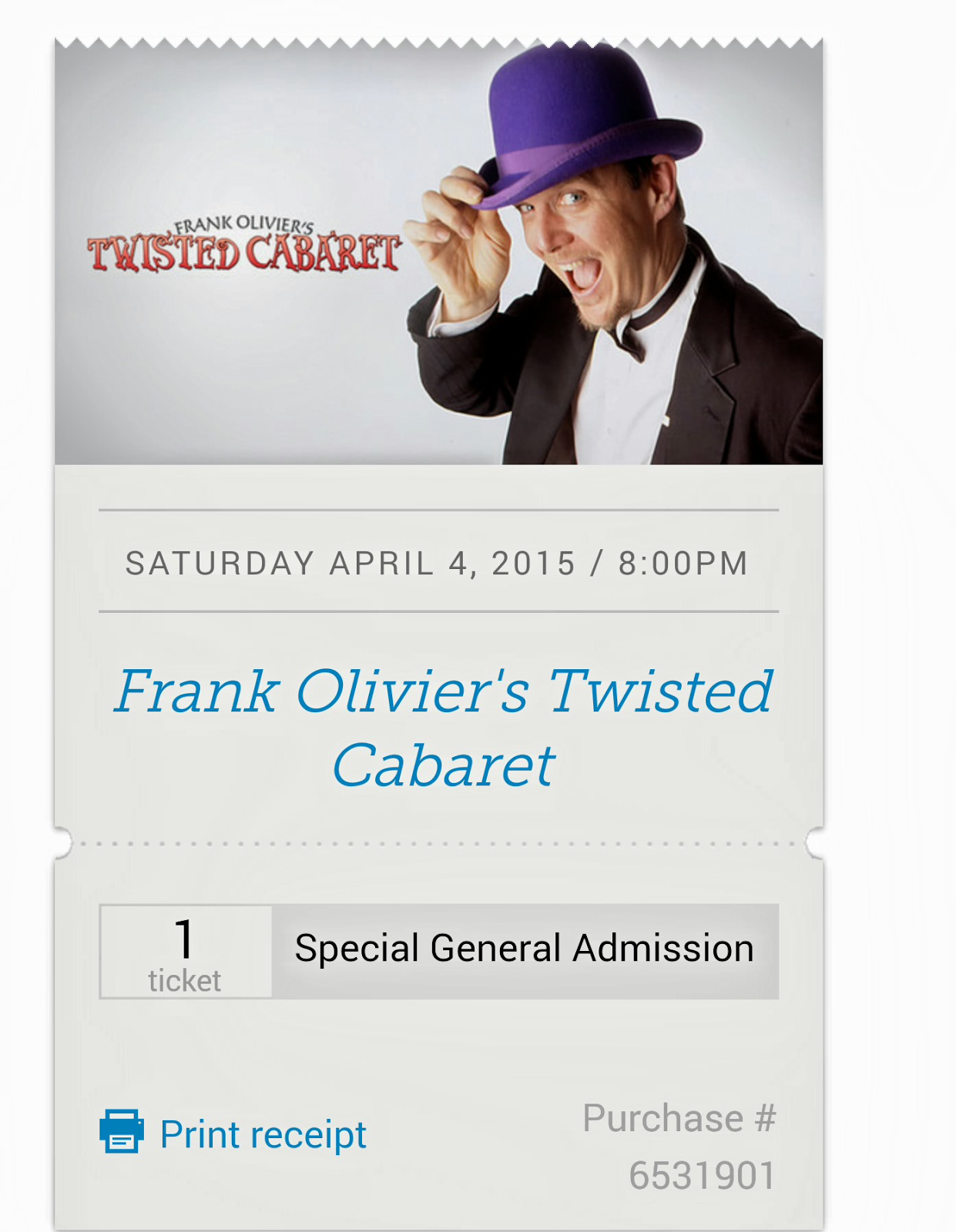 So tomorrow night, I will be attending  Frank Oliver's Twisted Cabaret in San Francisco. The show has toured all over the world earning rave reviews from critics. The New York Times called the show "wickedly funny."  Does that mean that I'm sure to like it? Certainly not. But, it has definitely peaked my curiosity. The basic premise of the show is that the stage is set for the Comedy Variety Show.. The theater is packed, the band is ready ,but the tour bus with all the performers has broken down. Now, performer Frank Olivier must pull off the show of his life and perform all sixteen twisted variety acts. He is aided only by Flynch, his loyal hunchback assistant. The show is described as hilarious and laugh out loud funny.However, it is recommended that in order to get the most enjoyment out of the event, you should have a drink or two and chat a while prior to the show.Of course Ms. Brown recognizes the socially lubricating value of both, a lot of low intensity small talk and a little high quality hard liquor. ( Don't judge me.) As the title of the post says, Life is a misted Gabourey! No wait...Gabourey is that girl who played Precious, right? My dyslexia presents itself  at the oddest times! It seems to only show up after I've had several glasses of wine. I know...crazy right? In any case, Life is a Twisted Cabernet...I mean Cabaret! Talk to you soon!

As always, keep it hot and sweet, P.S.-Just in case you were wondering where the inspiration for my name came from!