Killer Heels and Various Other Syndromes 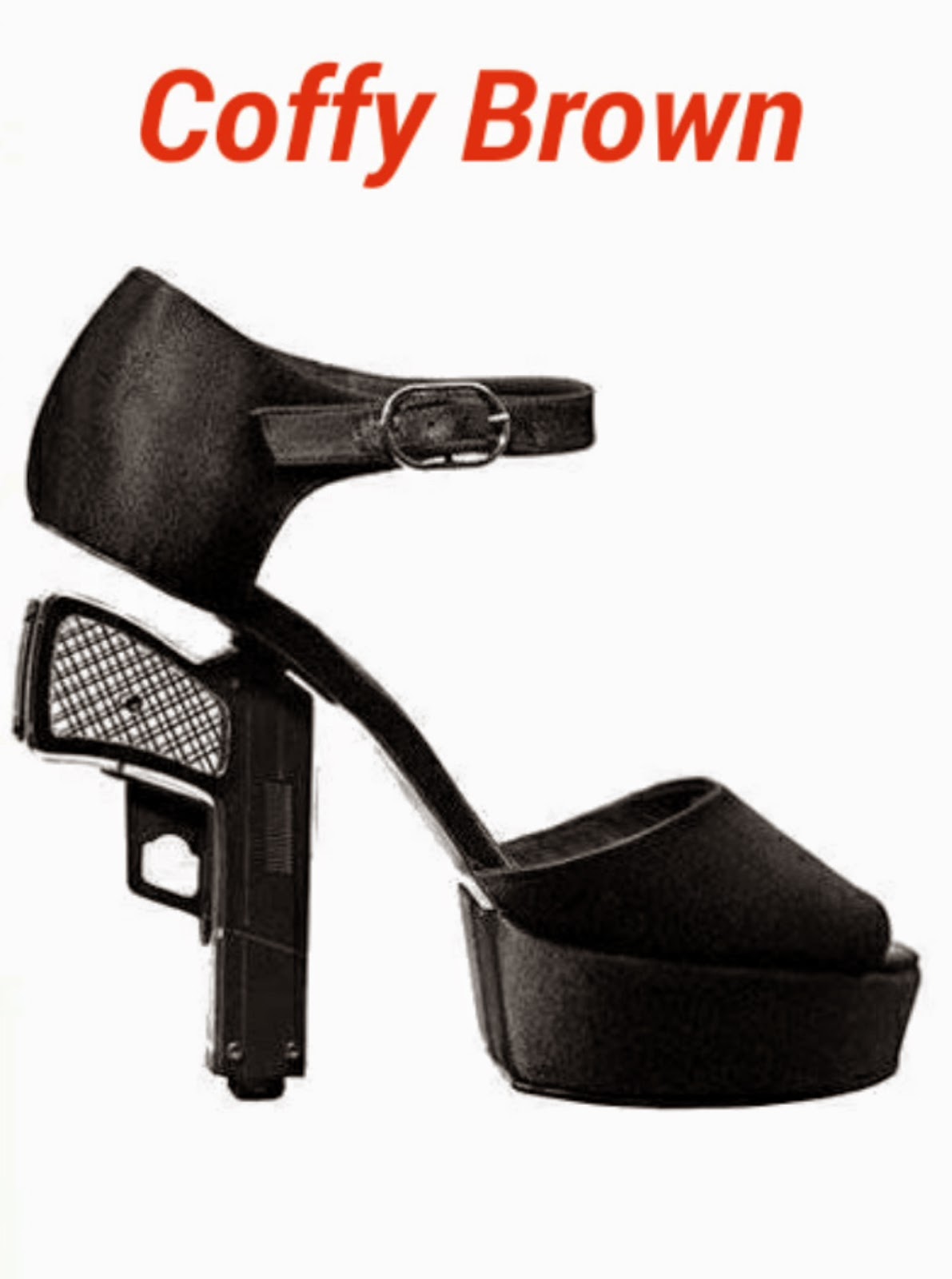 On Tuesday, April 14, 2014, your Ms. Brown attended a lecture aptly titled, “Killer Heels- a History, Images, and Film look at Fashion’s Most Provocative Accessory. The Event took place at the Jewish Community Center of San Francisco, and Nordstrom was nice enough to bring some of their most provocative killer heels, along with some Champagne.  Although I thought that the Nordstrom display was a little heavy on the Louboutin’s, I thoroughly enjoyed the event.  Just a note, Christian Louboutin was not the person who invented the red bottom shoe. King Louis the 14th wore only red bottom shoes and demanded that the rest of the court at Versailles do the same. There are three basic forms of high heel and EVERY high heel is a version of one of these  three archetypes. They are: the wedge, the platform, and the stiletto.  Of the three of these, I found myself most fascinated with the stiletto, as such, I decided to make our love /hate/covet/despise relationship with the stiletto the focus of this post.

Marilyn Monroe once said, “I don’t know who invented the high heel, but we women owe him a lot.’ I know when you read that quote; you’re thinking the exact same thing that I’m thinking. That’s right. Textbook case of Stockholm syndrome. Stockholm syndrome or capture-bonding is a psychological phenomenon is which hostages express empathy, sympathy and have positive feelings toward their captors, sometimes to the point of defending and identifying with the with them. When it comes to a sexy sculptural stiletto, we women stand glassy eyed and vacant just like Tom Cruise at a Scientology convention.  The shoes ache and hurt are bad for our backs and posture, yet we pay exorbitant amounts of money to be in possession of the latest red bottom or Jimmy Chu. Now, don’t get me wrong, I do it too. When it comes to a sexy stiletto, I am indeed your sister in the struggle. (Cue group therapy theme song. all together now! You are not alone… I am here with you… Michael Jackson sure knew how to sing about dysfunction and make it pretty. Yet another thing for which we can thank Joe. ) Christian Louboutin says,” I would hate to have someone look at my shoes and say, Oh, my God, they look so comfortable!” See, they know that they are torturing us, but they hold us hostage anyway and we stand in line at the Mall just for the privilege of allowing them to do it.  In fact, a 100 pound woman in high heels exerts more pressure per square inch when walking than a six thousand pound elephant. The more you weigh, the greater the pressure. (Maybe Mr. Disney was thinking of us when he named Dumbo.)

Now, the next phase of our collective psychosis is Helsinki Syndrome.  Helsinki syndrome is actually a case of group think and intentional blindness to the negative in order to achieve some perceived benefit. For us women, we collectively ignore the pain and discomfort of the stiletto and make people rich creating coping mechanisms for us to be able to walk in them successfully without pain. (Let’s be real, there is no way that the human body can exert the same force as a walking elephant and not feel pain. But hey, why bother with reality when the delusion is sooo  comforting.) There are  tips and tricks such as, taping your third and fourth toe together with medical tape in order to take pressure off of the ball of your foot while walking. In  theory , this should make the shoe more comfortable. There is Victor Chan, a former shoe designer for Ralph Lauren who has branded himself, “The Stiletto Whisperer”. He charges $ 50.00 per session to teach women how to walk in high heels. (The classes are only offered in New York. Sorry.) But, you can view a  video here (You’re welcome.) And finally, there is a product called “Heel No Pain’ a spray that claims to relieve the pain associated with high heels for up to three hours per application. It uses the medical numbing agent Lidocane HCI. (I haven’t tried it. I’m waiting for the upgraded version that comes with a morphine drip.) But, remember, above all else, no matter how much it hurts when you’re walking, Relax, Your, Face. You can find a video of supermodels showing just how it's done below.


Now for the last in the series,  there is what in my opinion is the most interesting in our obsession with the stiletto—Lima Syndrome. In Lima Syndrome, abductors (men and sometimes women shoe designers) develop sympathy and an erotic fascination with their captives. (Okay, so, the erotic fascination part of Lima Syndrome isn’t exactly true, but everyone knows that if the situation doesn’t fit the facts, just alter the facts.  What? No one has ever heard of Enron or Deloite and Touche?  Just as an aside, any time accounting is described as " Bold and Innovative" it actually translates into two very intricate and complex accounting terms that they use in the business and finance world. They are called stealing and lying.) Back to what we were discussing, although men design and create stilettos and enforce a paradigm that encourages us to ignore the fact that stilettos are in fact the anti- Christ, in Lima Syndrome; men are actually captivated and helplessly drawn to the very objects that they use to oppress and control us. Case in point, Foot Night at Club Joie in Los Angeles. Every few months for the past twelve years, the hottest ladies come out and allow their feet to be fondled, massaged, and lovingly caressed. Although feet that are dirty and smelly have their own special following, hot ladies whose feet are enclosed in pantyhose and Stilettos seem to garner the most attention. (By the way, in their advertisement, they mention the dirty and smelly feet right before the “delicious buffet”. Not the best product placement in my view, but, whatever works.) Men, or occasionally couples pay twenty dollars for every ten minutes of female foot related activities. Foot models at the event generally pull in sixty to three hundred dollars per night. Don’t think I’m serious? Check out these photos of Miss Foot night 2015. (Please take note of the pink Stilettos. I think that’s what pushed her over the edge to victory after she aced the talent competition.) 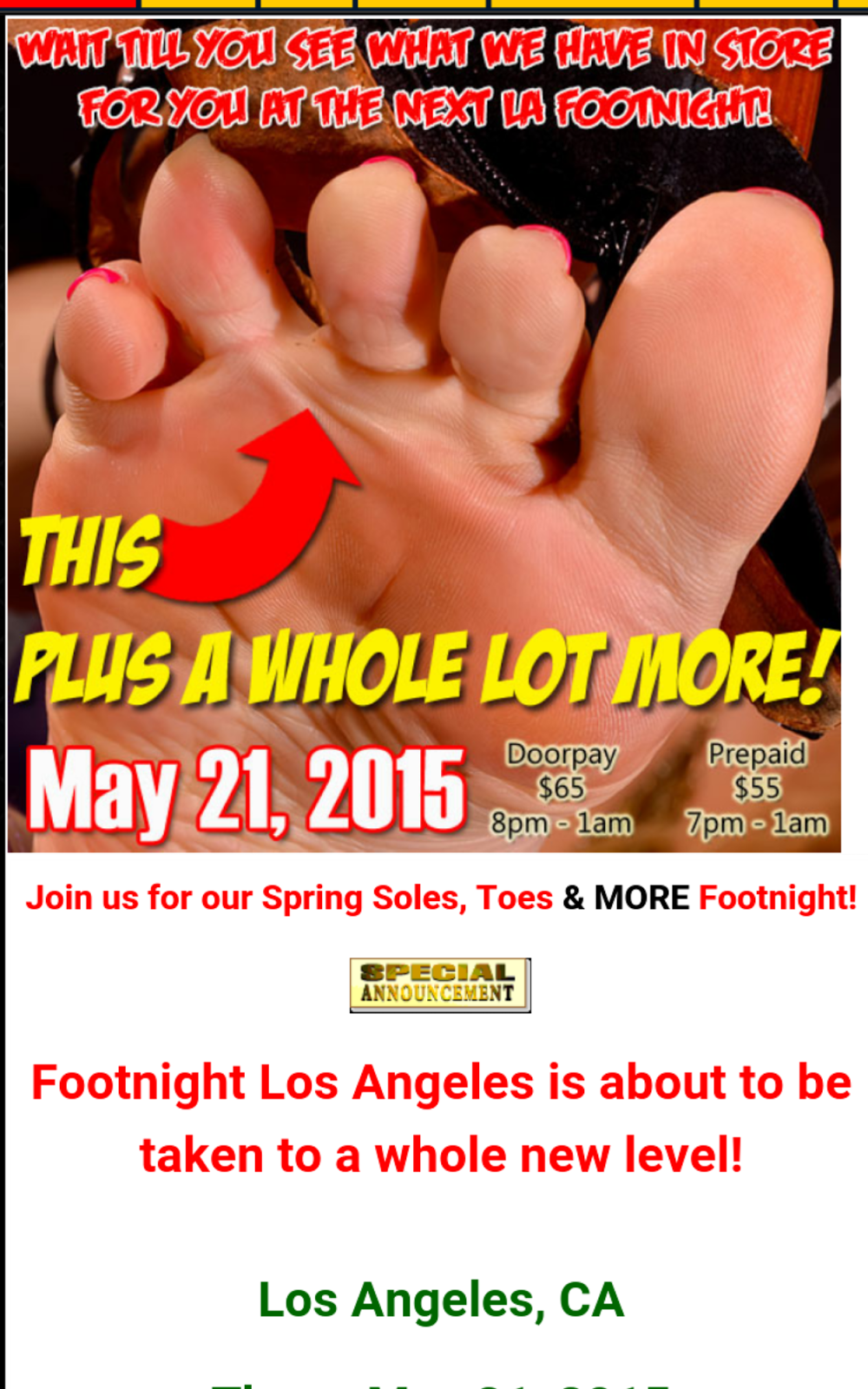 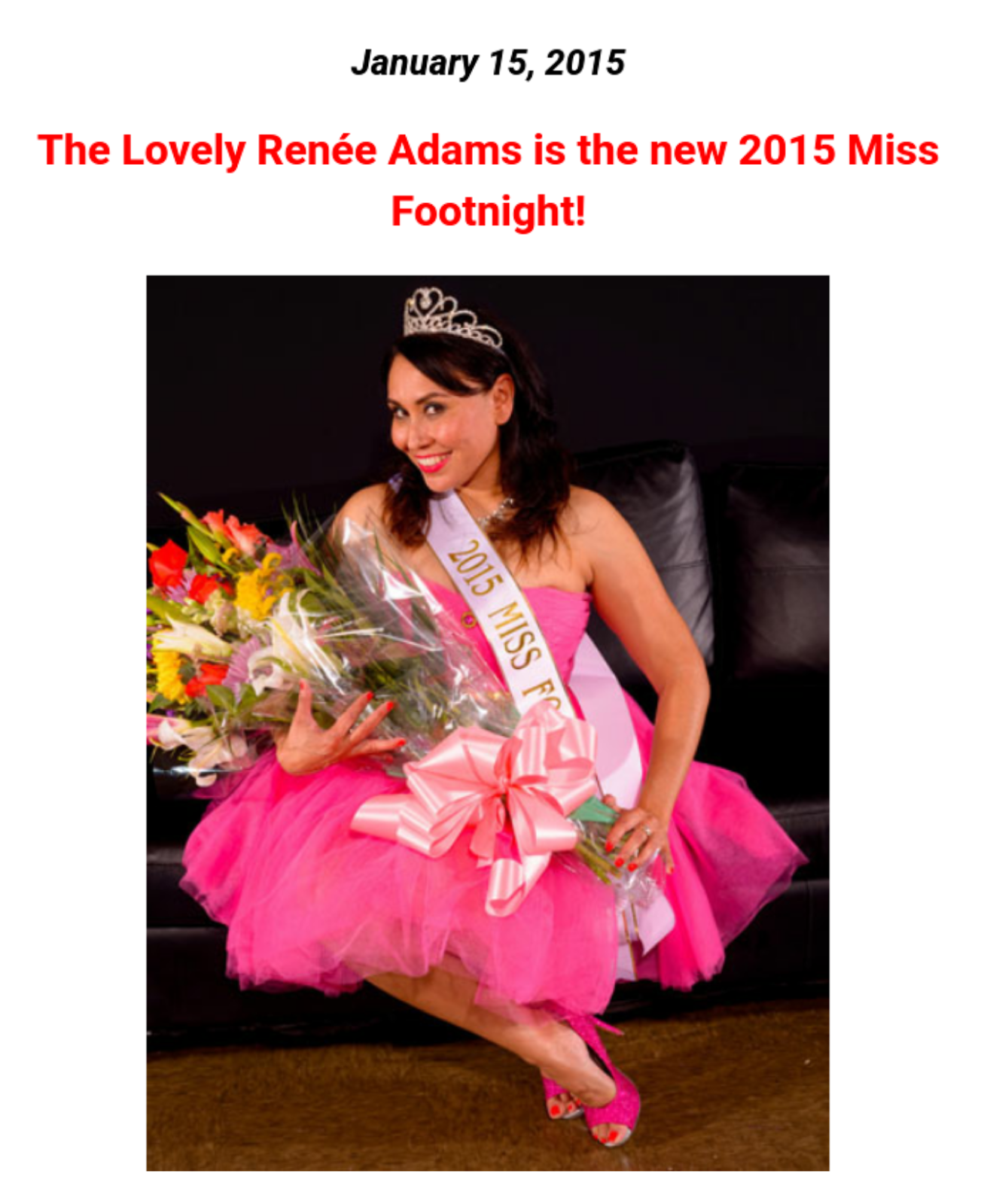 If a sixty dollar per night foot party is not your forte or you’re interested in a home based business, let me call your attention to EBay. As of Thursday of last week, there were twenty –three pairs of used (Ahem...yes,  used means exactly what you think it means. WORN ) pantyhose up for sale on the site. The panty hose listed for sale below were the only ones with bids.  Seven men placed twenty-seven   bids for these hose and they  ultimately sold for $32.00 plus $3.00 shipping. Interestingly, this item is  the only one in which the ad depicts a woman in pantyhose AND Stiletto heels.  Clearly, opportunities for stilettos and the men who love/ obsess over them abound. 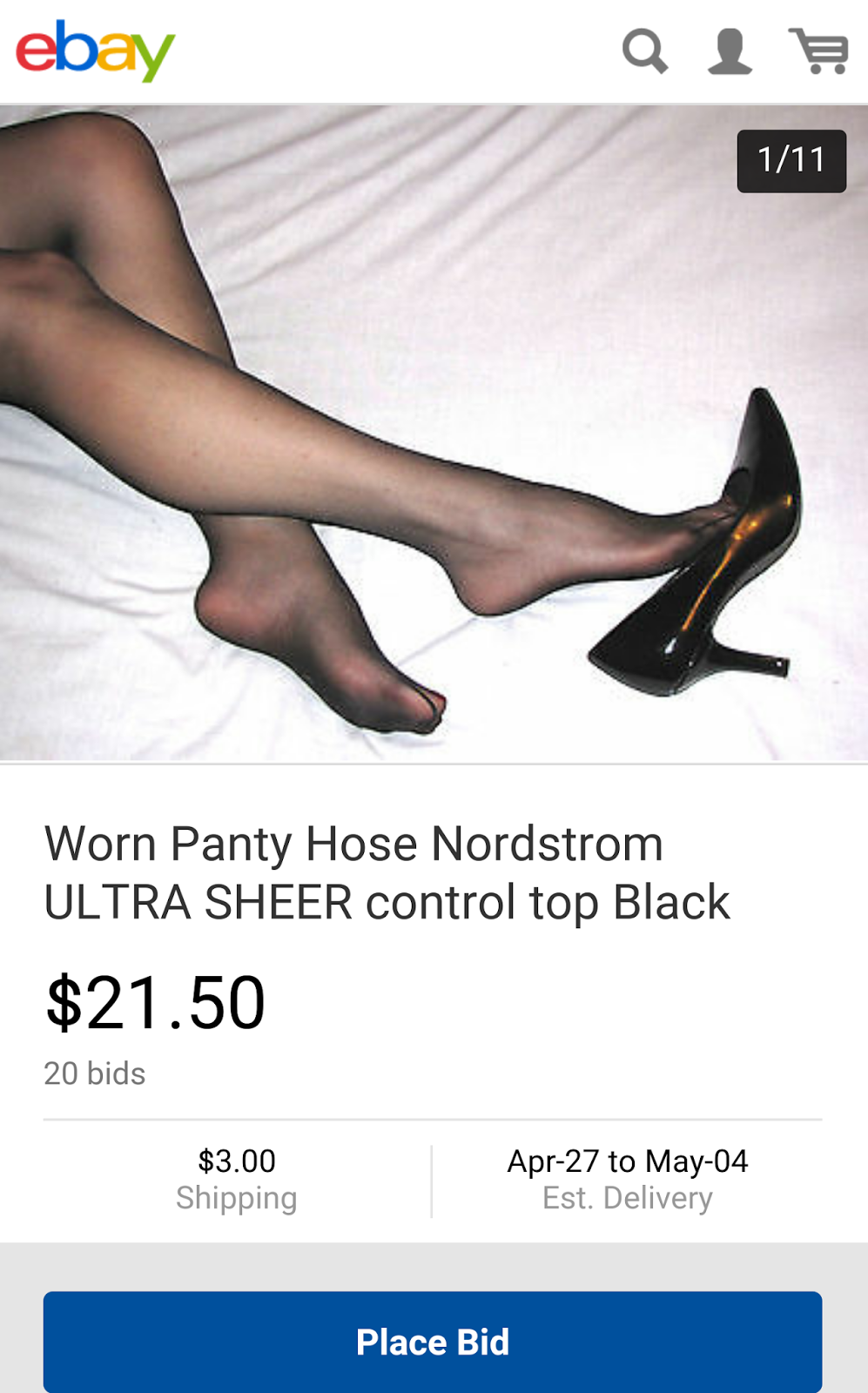 But, don’t despair. There is hope. The treatment for Stockholm, Helsinki, and Lima Syndrome is very similar to the treatment for addiction. Often, medication and psychotherapy are prescribed.   I have created a  dynamic cutting edge twelve step program called "Retail Therapy". ( Catchy...I know.) Feel free to schedule with me for a session! I have to run now! Spirituality and faith are a huge part of recovery and I'm meeting the support group down at Sak's for a "Shopping in the name of Jesus" workshop. ( Hallelujah!) Talk to you soon! 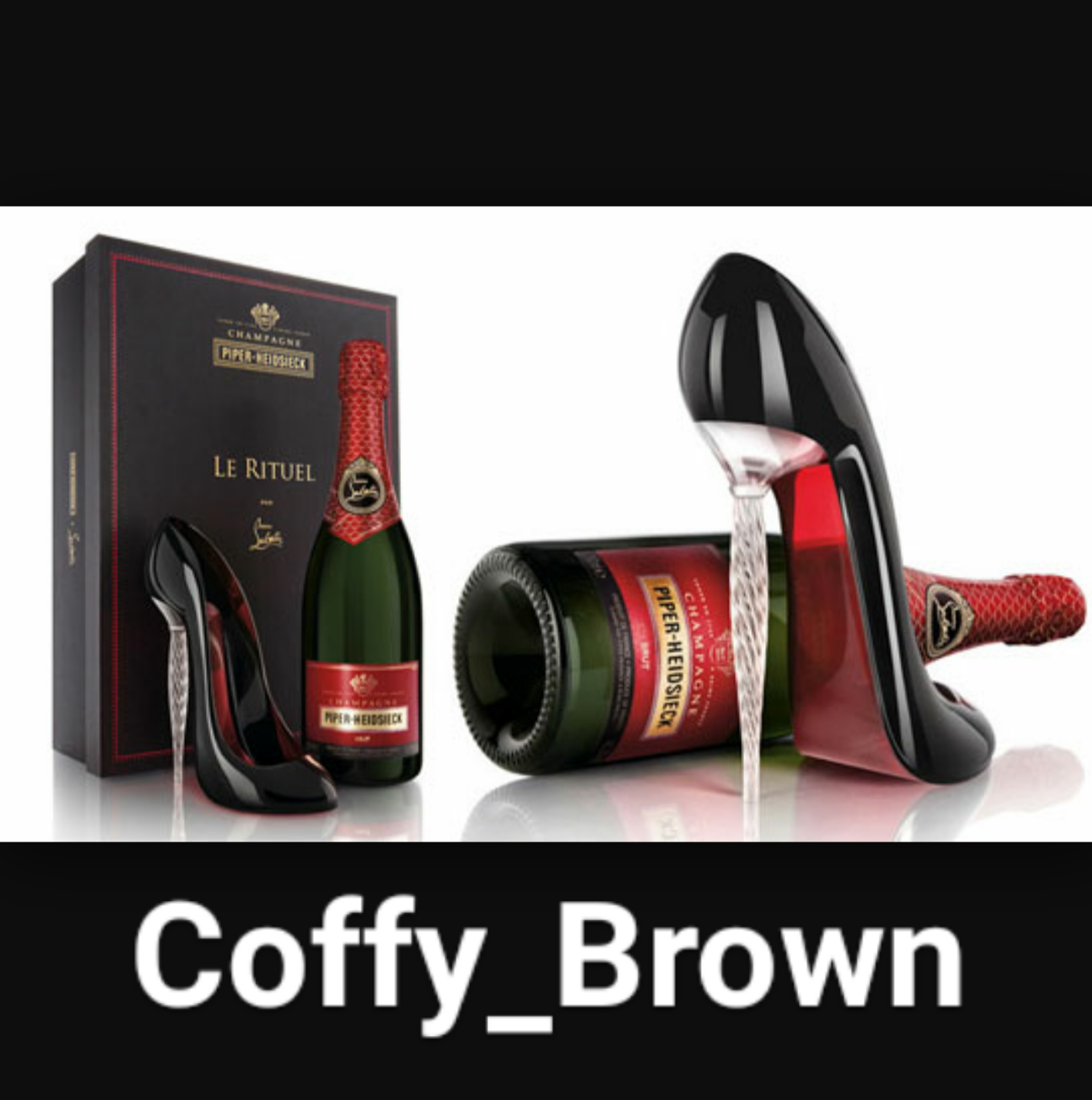 Yes, I cracked up too!