Black Folks in St. Louis and Mother's Milk in Berkeley 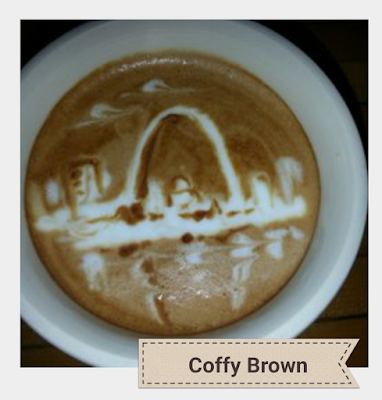 Here's a bit of a secret about me. I was born in St. Louis, Missouri. Since I came to California as a baby, I have always considered myself a California Girl born and bred. I mean, when studying African American History , it's rare that I see the city of St Louis prominently featured in any art work, books, movies, etc.  The city might get a passing mention, but it doesn't  seem to be recognized as the pivotal contributor to the shaping of American History and art that it is. I recently attended a performance that inspired me to learn more about the city from which I hale.  I'm going to give you a bit of the information that I learned about St. Louis and then, I'm going to tell you about the wonderful performance that inspired this post.

People of African descent have played a large role in St. Louis since it's founding in 1764. Early census figures show blacks both free and slave lived is St. Louis under French and Spanish colonial rule. In fact, black settlers were listed among those killed defending St. Louis from the British in the revolutionary war battle of Fort San Carlos which took place on what is now the Gateway Arch Grounds . By the 1820 census, 10,000 slaves lived in Missouri, about one fifth of the state's population. That same year, the Missouri Compromise admitted  Missouri to the Union as a slave state while Maine was admitted as a free state. The Missouri Compromise of 1820 came about as tensions began to rise between the pro-slavery and anti slavery factions within the United States Congress and across the country. They reached a boiling point when St. Louis applied for admission to the Union as a slave state, which threatened to upset the delicate balance between slave states and free states. To keep the peace, Congress  orchestrated a two part compromise, granting Missouri's request, but also admitting Maine as a free state. This in my opinion established St. Louis as ground zero in the battle between those for and against the institution of slavery.

St. Louis as a battleground for the perpetuation or discontinuance of slavery was further solidified with the Dred Scott case. After having lived in free states for an extended period of time. Dred Scott , a slave, made the attempt to purchase his wife and two children for three hundred dollars. (the equivalent of eight thousand today.) His owner declined leading him to seek legal recourse.The Scott v. Emerson lawsuit was filed in St. Louis Circuit court in 1847. The first trial found for Emerson, however the judge of the case demanded a retrial and the second trial resulted in a victory for Scott. Ultimately, the case was appealed to the Supreme Court. The Supreme Court ruled that any person of African descent whether slave or free was not a citizen of the United States. Further, African Americans should  have no claim to freedom or citizenship and as non-citizens, had no standing to bring a lawsuit in court. The Dred Scott decision from a lawsuit that originated in St. Louis, dramatically increased tensions in the pro-slavery and anti-slavery factions and was one of the catalyst that lead the country to Civil War. As we all know, the Civil War ultimately resulted in the abolition of slavery and the fourteenth amendment which establishes all those born and naturalized in the United States to be citizens. All this, from a case  that originated in St. Louis.


St. Louis also has a rich artistic history.  Part of that history is the musical genre ragtime. Considered the first completely American music, Ragtime, was popular towards the end of the 19th century and into the first two decades of the 20th century, roughly 1833 to 1917. It is the style of music that preceded Jazz.

Structured in a way similar to the march, ragtime’s use of syncopation is largely what distinguished it. Its rhythms made it lively and springy, and therefore ideal for dancing.
Its name is believed to be a contraction of the term “ragged time,” which refers to its rhythmically broken up melodies.

Ragtime developed in African American communities throughout the southern parts of the Midwest, particularly Missouri. Bands would combine the structure of marches with black songs and dances such as the cakewalk. The music, which predated the explosion of sound recordings, became widespread through the sale of published sheet music and piano rolls. In this way it contrasts sharply from early jazz , which was spread by recordings and live performances. Although many artists performed and composed ragtime, there are three composers who were instrumental in growth of ragtime. they are as follows:

Of course, St. Louis is far more than civil war history and ragtime. I'm sure that the anecdotes, tales and legends about the city are wide and varied. Fortunately, so are the life histories. On  November 4, 2015 I had the pleasure of  enjoying a riveting story with St. Louis , Missouri as the back drop. On that date, your Ms Brown attended the opening of " Mothers Milk' at the Marsh Theater in Berkeley. “Mother’s Milk”, is a Blues and Gospel riff on faith, doubt and unconditional love. It is a collaboration between award winning storyteller, Wayne Harris and Bay Area music icon Randy Craig. Directed by David Ford, this piece through story and song chronicles a young man’s journey to a true understanding of the gifts and lessons that only a mother can convey. Harris weaves a narrative that is visual and profound, through song , word, and expression. We travel with him from his days as a small boy living in Arkansas with multiple siblings and an abusive father, to the days living in St. Louis with a domineering but good at heart step father. We hear his mother through his voice, singing  gospel songs, snapping peas in the kitchen and wielding her faith in God against her breast cancer. We despair at  his homeless,mentally ill sister, failing to recognize her own children and we hear and see her children's heartbreak. None of them are physically present. But, they are emotionally present and flowing  through Harris' words , expressions, and movement. We are transported to a time in St. Louis, Missouri when Union Avenue was bustling with activity-- bustling with black pride, activism and the turbulent struggles of the Civil Rights Movement.  And next ,we mourn as we see Union Avenue, with boarded up storefronts, wearing all the vestments of economic decline. Mother's Milk  is an emotionally moving, difficult and joyful experience. It is beauty and tragedy... and life.


In closing, I heartily recommend that you take the time to see " Mother's Milk" at the Marsh in Berkeley. You will not be disappointed. The cost is $20, ten on Goldstar ( what I paid). There is a bar at the venue that sells very reasonably priced drinks and it's a very pleasant night out overall. They call St. Louis the " Show Me" state and  " Mother's Milk " at the Marsh will certainly show you a good time. Until we meet again... 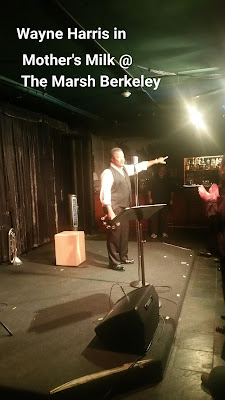 Inspiring, thank you for sharing