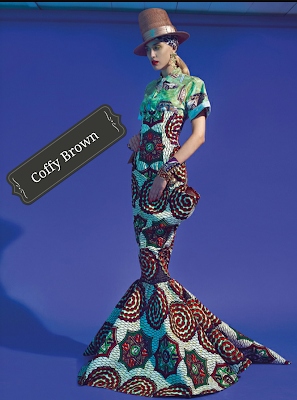 
African print, popularly known as Ankara, has gained popularity in the global fashion scene since 2010. The fabric is primarily associated with Africa because of the tribal-like patterns and motifs. However, the acclaimed fabric is not actually of African origin; it was manufactured by the  Dutch people of the Netherlands for the Indonesian textile market, but as with new trends, West Africa was the first to catch the Ankara fever, after the Turks made a cheaper version of the fabric and changed the name from ‘Dutch wax print’ to what is now their country’s capital, Ankara.
Of course, the textile had to mirror the lives of its consumers, hence the cultural and artistic designs of the print. Initially, Ankara was primarily used  for special occasions like traditional ceremonies as it was thought to be far too colorful  and vibrant for everyday wear.But, eventually, in the post-colonial era of  many West African countries, it began making appearances in workplaces and business districts and on every day occasions.The independent African countries began building their own textile factories to forge designs that would more fully embrace their culture. In fact, many Ankara fabrics have meanings within African culture in the same way that tartan may denote lineage in Scottish  culture.  Tourists, eager to get a souvenir of their visit to Africa quickly purchased the beautiful and inexpensive fabric. By the year 2000, African fashion designers were becoming more prominent and started using it to create exclusive designs. Soon Ankara blouses and shirts were worn over jean trousers and Fashion designers began to promote the fabric through their work to international acclaim. Around 2010 many celebrities like Beyonce, Rihanna and Alicia Keys were already rocking the material. Solange Knowles has been renowned for her apt blending of Ankara fabric patterns in her outfits. It has entered men’s wardrobe too, a drastic change from the 90’s when wearing Ankara everyday was a ‘woman’s thing’.  It has become an African identity.
Stella Jean
As I mentioned earlier, many celebrities have been seen wearing ensembles made of Ankara or other African prints and textiles. The prices run the range from extremely expensive to much more reasonably priced. One designer that I would like to call your attention to is Stella Jean. Jean has established her signature aesthetic as the merging of the exoticism of her Haitian creole heritage and the craftsmanship of her Italian roots. The result is classic feminine tailoring-cinched-in waists and dirndl skirts infused with bold tribal prints and color. Pictured below are Rihanna and Beyonce both wearing Stella Jean. 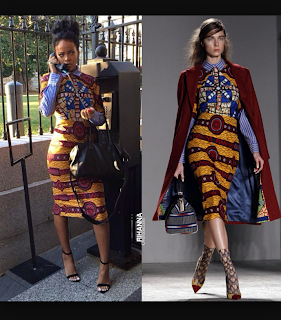 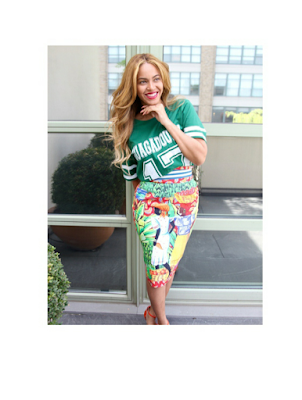 Stella Jean won Vogue Italia’s Who Is On Next talent contest in 2011 and her dresses swiftly sold out when they landed at Matches Fashion for the last two seasons. But her story is no overnight success.The self-taught Italian-Haitian designer twice failed to qualify for the talent competition, part of the Alta Roma schedule, but it was third-time luck when she finally qualified, and won. She has since garnered the support of fashion icons Beyonce and Rihanna who have both been seen in her garments on numerous occasions. Her most recent line is fabulous and the prices of her garments range from $65 for a bracelet to $750 per item.  She also carries swim wear and a line for men and children.  Some of her garments are pictured below: 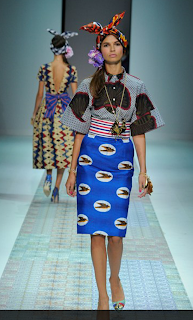 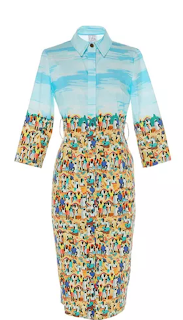 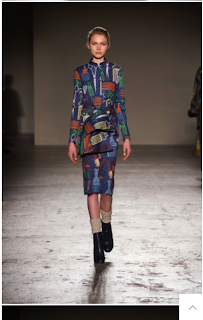 Jean, who uses her mother’s maiden name for the brand, rather than her given surname Novarino, often seeks inspiration from her cultural identity, and uses sustainably sourced fabrics, aimed at helping trade workers in developing communities.

So, let's say that you're not able to pay $750.00 for a single clothing item but still want to indulge in the latest African Textile trend. Let me tell you about Rueben Ruel and Demestiks New York. Ruben Ruel is a Brooklyn based designer who has created the brand Demesticks. Primarily sold on Etsy, his women's wear line is based on Dutch Wax Prints and other classic African Patterns.  Both Beyonce and Ledisi have been seen in his designs. Ruel began making garments for the women he met at church in his hometown of Virginia Beach. He would take their orders on Sunday after church and create one of a kind garments based on what each client needed. As word of mouth spread, he developed a loyal following of locals. In 2009, he moved to New York to launch his own brand. With his bold use of color and feminine aesthetic, his work has a vintage girly quality to it. It draws on the bolder elements that came out of the seventies and eighties.- peplums, dolman sleeves, and oversize bows. He is an equally beautiful and less expensive option  to Stella Jean. His signature mantra is to make clothing that is comfortable for women of all sizes that aren't items that you will see every day and he has no plans to place his clothing in stores. He wants to be a global vendor and feels that selling his items online is an easier way to make his clothing accessible to women all over the world.    Also, since Virginia, where he got his start didn't have a lot of toothpicks walking around, he designed his clothes to look good on women ranging from size XS to 4X. He still does. Some of his designs are pictured below: 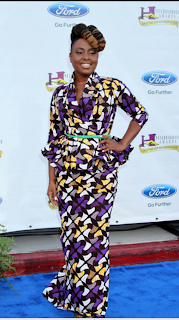 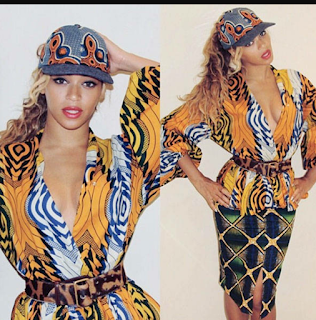 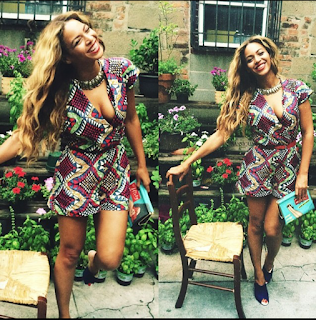 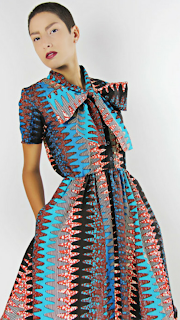 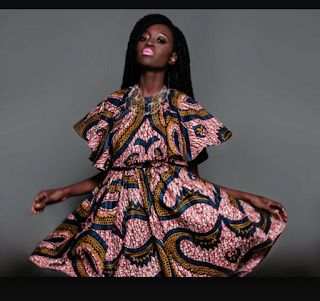 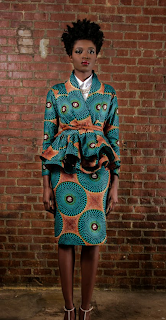 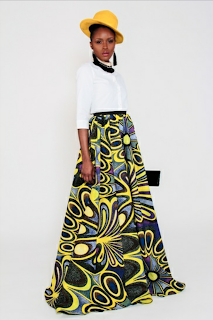 Indeed, each and every one of the garments pictured above can best be described as wearable works of art. And, each garment can be paired with items already in your wardrobe to create your own unique fashion statement. After all, fashion can be bought, but style one must possess. And style, is your way of telling the universe who you are without ever having to speak. So, if you want to tell the world that you are a vibrant, bold, fabulous global citizen, I would say that Ankara and other African textiles and prints are definitely for you! Remember, the most important part of a dress is the always the woman who's wearing it! Until next time... 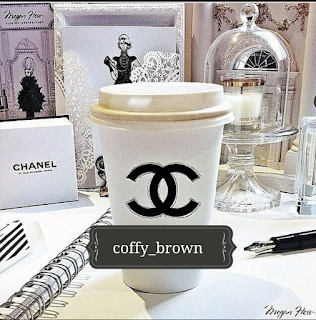